Attachment 15:  The silent genocide of the Boer Nation in South Africa.

Every day we hear media reports of attacks on the lives of Whites - predominantly from the Boer nation, in South Africa during which little of value, or nothing is stolen, but excess force used. Excessive force is a clear sign of hate crimes. Most of these crimes are committed by Black people who are in South Africa, which is feasible as the Blacks in South Africa are by far the greatest in population number. However, what is extremely disturbing is the level of violence used during these crimes. It is clear that on the average, the amount of violence used during Black on White crime far exceeds the amount of violence used during Black on Black crime. Another disturbing factor is that on average, the modus operandi used by the attackers is identical to that used by MK soldiers during their ‘armed struggle’ against South Africans. To note that the war crimes committed by these soldiers pre 1994 have never been addressed in a Court of Law, nor any other legal institution. The Truth and Reconciliation Tribunal established by the African National Congress in 1994 focused on leaders of the South African Defense Force as well as the African National Congress, and not the foot soldiers. The MK soldiers, their training and their modus operandi are further discussed in Attachment 14: MK soldiers.

Although not all White people in South Africa are from Boer heritage, the word ‘Boer’ has become the word Blacks associate with the much hated Apartheid system which was forced onto South Africans by an all White government, and since the African National Congress has replace the National Party after they had disbanded Apartheid, this association of Apartheid with the word ‘Boer’ has been spurred forward by the African National Congress propaganda outlets and leadership.

The development and culture of the Boer nation is further described in Attachment 6 - War against Southern Africans and mass extermination of indigenous tribes for the creation of the Union of South Africa, Section B: The main ethnic groups in the Anglo South African Wars from 1879 to 1915.

Index to Attachment 15, extract from Bundle 5 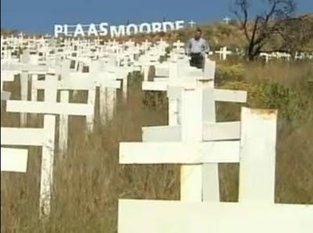